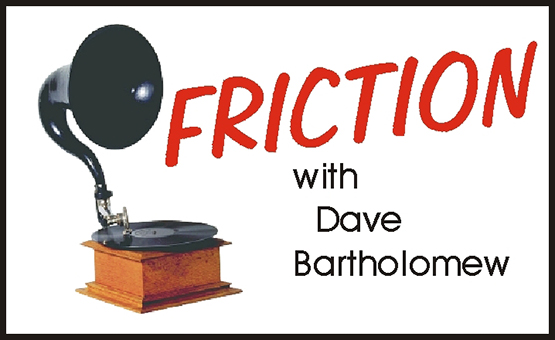 “Why There Is “Friction”

As Dave said, I think it’s truly remarkable that a little pointy thing wiggling in a groove in a rotating disc of wax and shellac can change a silent room into one filled with music and happy people. Before radio, it was the seventy-eight rpm record that brought music into most folks’ lives, and then, by way of radio, reached the whole world. The birth and evolution of modern American popular music is stored on these primitive platters, so don’t scrap all the wind-up Victrolas just yet. When the last cd has delaminated and all that wonderful digital data has fizzled away into the cosmos, somebody might still want to dance! Who was Dave Bartholomew? David H. Bartholomew was a “semi-retired” cinematographer/animator/writer, a native of Cincinnati, Ohio, who had been involved in the production of tv/radio spots and industrial films since the early Fifties. His wife, Billie, tolerated his agglomeration of about three thousand seventy-eight rpm records and seven hundred reels of quarter inch tape of music and personalities from 1900 through the Forties. We thank the Bartholomew family in allowing Bart’s great Friction programs to continue playing on WMKV and WLHS! Hear new shows with host Joe Busam as part of this series.